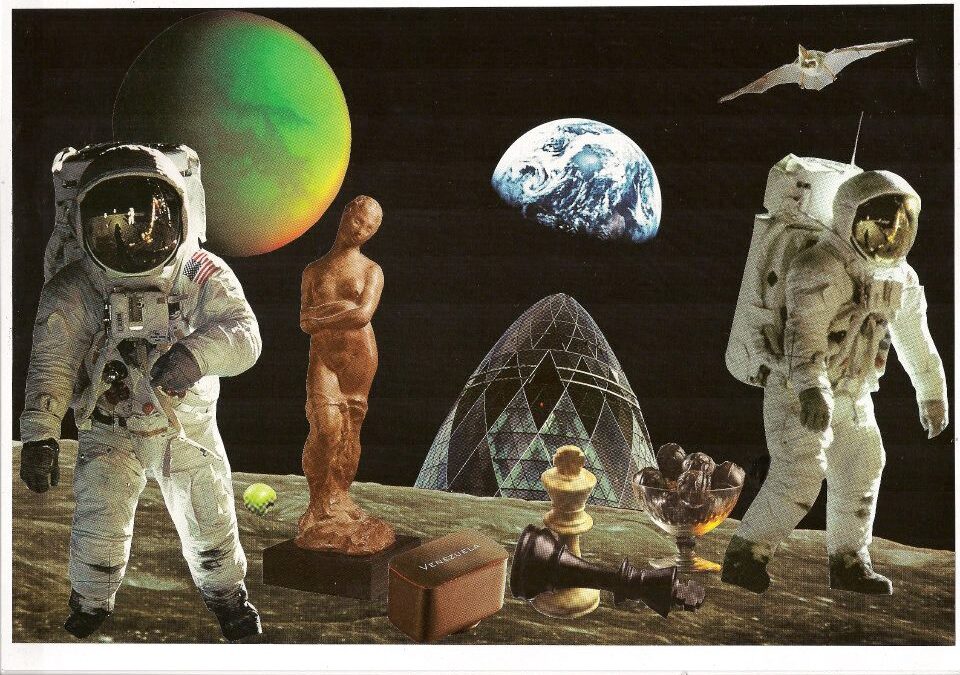 It was a season of discontent. In fact, the discontent had spread to all seasons. Everyone was under the weather and nobody seemed to know what was happening. The scientists started to investigate and attributed the sudden universal confusion to the resurgence of an old virus that spread misinformation through the system. This deceitful virus had mutated and now caused those infected to lose all trust in social institutions, in any kind of official version of events, in the standard media, in science, in knowledge, in almost anything that up to that point might have been considered a reliable source of information or an integral part of the cognitive foundations of reality. The virus altered the brain configuration so that the synaptic connections systematically avoided the standard verities and opted for deviant pathways. The need for certainty was not thereby diminished but it was transferred to the fanciful and the superstitious. This simple neural switch favoured the proliferation of conspiracy theories and a cultural regression to archaic worldviews.

The pathogen was highly contagious and spread like wildfire through the social networks, provoking a global pandemic. This posed a very real threat to social cohesion and human relations in general, as anything considered patently true was automatically dismissed as bogus and instantly replaced by ‘alternative facts.’The rational thing would be to counter that there are either facts or non-facts. Since alternative facts are not facts, they can only fall into the latter category. However, the word ‘fact’ comes from the Latin factum, the past participle of facere, to do or to make. So whatever is made or done is a fact. But this derivation introduces the possibility that facts can be ‘made up’, which is what the viral misinformation algorithm was programmed to do.

The misrepresentation of what was made or done was nothing new. It had been standard practice in human societies for ages. People saw what they wanted to see. Quite often, what they saw was not there at all or was gravely misconstrued. What was perceived depended almost entirely on the bias of the observers. But even when these agreed on the bare facts, they were sure to disagree on the meaning. This question of ‘meaning’ added another layer of complexity, for the same incident could mean very different things according to people’s vested interests and worldviews. They even coined a term for it: the ‘Rashomon effect’. It was so named after Akira Kurosawa’s film Rashomon (1950), in which four witnesses to a crime gave contradictory, misleading and self-serving accounts of it. The key to the effect is the psychological compulsion to distort the facts in order to shore up one’s idealised self-image – which led some keen investigators to speculate that this self-image might be the virus itself.

The WHO, however, was not so keen on psychologising this pathological phenomenon and insisted on a more clinical study. The testimony of those affected would indicate that the onset of the Rashomon viral pandemic was traceable to the 9/11 attacks in NY and the Pentagon on the first year of the third millennium C.E. The change of millenniums is usually accompanied by a universal sense of foreboding involving an apocalyptic expectation. As these attacks were unbelievably shocking, this helped to cement a thoroughgoing paranoia in the already fearful millennial spirit. Theories began to proliferate that the 9/11 attacks had been staged by the US government. It did not help matters that the government went on to use these traumatic events to abuse the trust of the people. As prescribed by the Shock Doctrine, top officials tried to persuade the international community to back up their proposed invasion of Iraq by presenting them with false evidence regarding Sadam’s involvement in the 9/11 attacks and his possession of weapons of mass destruction. When this manipulative diplomacy failed, they went ahead, against international law, with the military operation to secure Iraq’s vast oil reserves.

This blatant manipulation of public opinion and cynical disregard for truth and human life reinforced the old suspicion that the world was run by a socioeconomic elite or Deep State. Large public platforms emerged claiming that the ruling class was a bunch of Satanic blood-drinking paedophiles. That they used the G-5 wireless network as a means of mass brainwashing and control and to spread a deadly coronavirus. That this coronavirus had been produced in a lab and released to the general population, causing a paralysing global pandemic whose purpose was to reset the whole economic system, as they had agreed at Davos among the snowy mountains. That the vaccine for this coronavirus was meant to fit people with chip implants and to mess with their DNA. That everything the elite said or did was a sinister plot to advance their ambitious goal of world domination. It was all a big lie. Like the photomontage of the Moon landing or the roundness of the Earth, which was evidently flat.

The general situation, to be sure, was rather alarming. What with the mounting threat of global warming, the increasing disparities among rich and poor, the racial tensions, the unpayable global debt, and all manner of ideological, theological and tribal warfare, there was a massive upsurge in the level of insecurity, which is the most fertile ground for speculative paranoia. But the phenomenon itself was real and the decepticovid, as it came to be known, was having very tangible and far-reaching effects.

One of the most notorious was the elevation of a brazen business tycoon and television personality to the presidency of the US. Since the establishment had failed them, the people decided to vote for a populist outsider. This alternative president demonstrated the required disregard for facts and spouted the kinds of prejudices that suited the racial and religious majority, winning him a devout following and elevating him to the category of anointed saviour and defender of the American way of life. But in spite of the raving support from Evangelists and other eschatological fanatics, his solipsism and utter incompetence became too glaring to ignore. He revelled in his ignorance. He dismissed all expertise and investigative reporting as hoaxes and fake news. He even ignored the coronavirus pandemic. His misguided and arbitrary policies eroded his popular support and led to his losing the next presidential election. But, as per the abovementioned Rashomon effect and in keeping with the narcissistic core of his personality, the fake president refused to concede, made unsubstantiated claims of electoral fraud, and barricaded himself in the White House. This was a dangerous moment in the history of the leading superpower of the free world, as the NRA and other heavily armed militias were ready to die for him and, if necessary, to start a civil war. Eventually, he agreed to vacate the premises, twitting as he went that the election had been stolen from him and vowing to return so he could finish making America great again.

The author of this report may have gotten somewhat ahead of himself by narrating these events, including some future ones, in some distant past. The fact is that the renegade president is still in the Oval Office and his supporters won’t accept defeat. They blame the Deep State and the Un-American socialists for stealing the election. They don’t seem to realise that the denial of facts is the essence of the manipulation they are desperately trying to avoid. Their misfiring neurons cause them to recreate reality in their distorted self-image. This makes finding a cure almost impossible, because their image is their identity and to see it is illusory means denying their own existence. The very thought is a powerful source of fear and what causes these patriots to defend their delusional identities with their lives. This strongly suggests that the crux of the problem lies in this deeper inner state of self-deception. If so, the antidote would be, as some wise men have suggested, to observe without the observer. But who will give up their identities for the sake of peace, justice and truth? If we don’t, then tomorrow is but the shadow of yesterday. Which would justify, with the needful caveats, narrating the present and the future as in some distant past. So what we actually need is freedom from the repeating patterns of time.