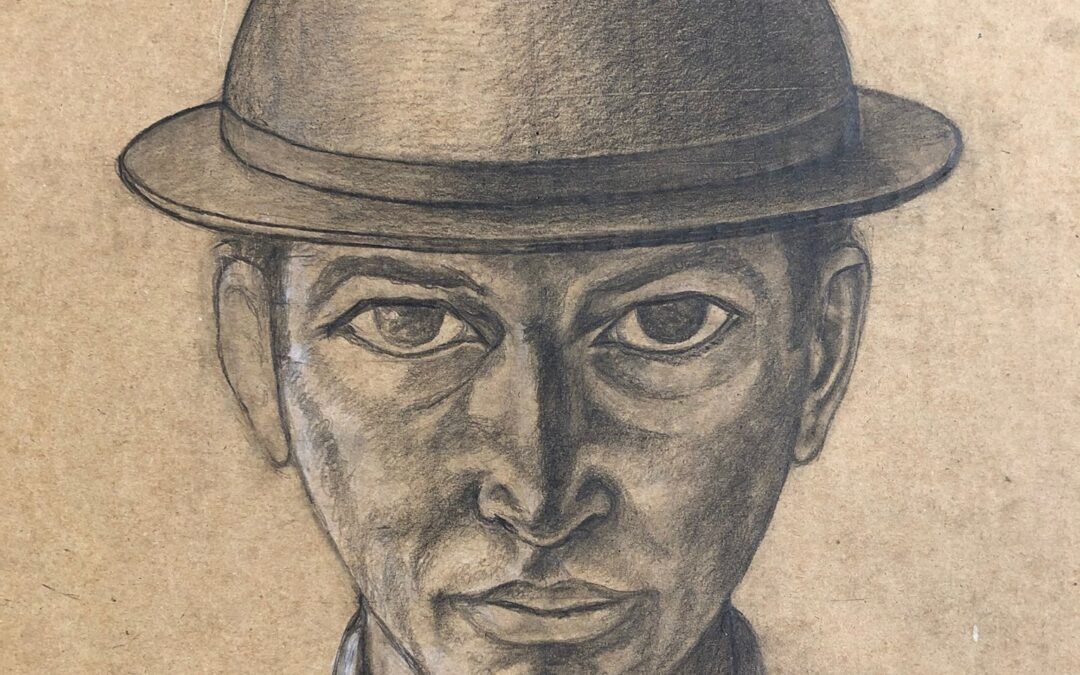 I always found it rather intriguing that when it comes to honouring those fallen in battle, the leaders of the nations they supposedly died for invariably lay a wreath at the tomb of the unknown soldier.

More often than not, this unknown soldier is represented in a statue and the wreath is laid at the foot of the monument. These sculptures are not featureless, but they are not supposed to represent anyone with a birth and death certificate. It occurred to me that this could be a way of saying that in honouring no-one they were honouring every-one: the anonymous as the representative of the collective. And yet that unknown is still honoured not as all soldiers or all human beings who died without a name in the countless fields of battle but as the sacrificial victim of a particular tribe and its competing aspirations in the strategic geopolitical game of power. So the unknown is honoured not for itself but on account of its service to the known at the core of national identity.

These days, with every country in Western Europe tentatively coming out of lockdown, the usual celebrations of liberation, victory and surrender in remembrance of the end of WWII are rather tame affairs because the traditional crowds are forbidden. All those veterans will most likely still wear their medals and get emotional saluting the flag and watching documentaries on television about Winston Churchill, Dunkirk and D-Day. Strangely, nobody seems to say anything about the horrors of war, about it being an absolute abomination for which all peoples and countries on earth are responsible. On the contrary, it is the glory, guilt and shame that accrue to the various parties to the conflict that is being feted. And the whole patriotic spirit is being deliberately cultivated to boost national morale in the face of the current pandemic. As though we were at war with the virus and we needed the same kind of rallying cry about fighting it on the beaches. I

t feels so anachronistic to be feeding these nationalistic feelings at a time like this. The current situation exposes the total fallacy of such pomp and circumstance in the name of an honour denied by the very events that are being commemorated. The British might be celebrating their heroic endurance of the Blitz, their winning the Battle of Britain with their spitfires, their keeping a firm control of the seas in spite of the U-boats and having been the base for the invasion of Normandy. The Germans might be in mourning for their dreadful Nazi past, partly depressed by guilt and partly uplifted by the liberation that the fall of the Third Reich was for them also. But out of the total ruin that it left behind came the European federation project in order to eliminate the national divisions that had led to the two great wars and would lead to an unthinkably more devastating third unless something was done about it. But that wisdom, rather rare in politicians, seems to have been lost with the lotus-eating of prosperity and the forgetful passing of time, leading to Britain exiting the EU and retreating into good old parochial nationalism. The Germans at least reiterated their commitment to a unified and federal Europe in their speeches, something the Brits didn’t and could not do. The snippets of the Queen’s speech they reported on television were in keeping with that same parochial and insular mentality. It was ‘their’ dead, not ‘the’ dead of all nations, the anonymous humanity that keeps killing itself for absolutely nothing on the beaches of this world.

Needless to say, I’m deeply bothered by this total mindlessness of crown and pauper, of street urchin and civil servant, of pastor and sheep and the collusion of the media propaganda in support of a dangerous delusion. After all these thousands of years of interminable wars, we hold to their causes as the very pinnacle of our achievement and the chalky raft of our salvation. We still uphold such separate identities as the essence of our being and in their names we find the confirmation of our pride, profit and pleasure. So much so that we keep burning incense at their sacrificial altars forgetting that such violent offerings stink to heaven. The bloody red rose of nationalism by any other name would smell as sweet. So what are we actually celebrating? Is there anything to celebrate or should we be mourning our murderous history and making undying pledges against all war and, therefore, against the evils of nationalism? And right there is the rub, for only the very few will speak against the latter, which means the bulk of humanity accepts violence as the engine of progress, as the way of life.

Here in The Netherlands they put a nice little spin on their Liberation Day, i.e. the day when the Nazis retreated for good on May 5th, 1945. They do the typical thing of showing the documentaries of the invasion, the ruin, the resistance, Anne Frank and the final collapse of Hitler, but they place the emphasis on freedom, not just from the Germans but as a good in itself. So that it becomes a celebration of peace and cooperation. It is in freedom that we can live and prosper. It is through cooperation that we cement the peace that Western Europe has enjoyed for the last 75 years. It feels like an achievement but the fact that it does is itself a serious indictment of our barbaric past. I rather appreciate this more universal implication of this particular historical episode. For freedom, peace and cooperation are not for the Dutch only but for the Germans, the French, the Spanish, etc., for the whole of mankind. So that such celebrations become a pledge not to the nation and its murderous consequences but to the total welfare of humanity.

So here I am with Emmanuel Macron as he lays a wreath of red roses at the tomb of the unknown soldier, with the indelible image of Parisian women kissing American soldiers in the romantic but now totally deserted background of memory. He seems to be emotionally in tune with the symbolic meaning of the sorrowful occasion. The bronze statue atop its plinth, still armed and in uniform, though dead, keeps marching on. Allons! Enfants de la patrie… etc. I’d rather see Rodin’s ‘Thinker’ sitting up there, his head heavy with reflection and his expressive muscular body naked as mankind should be when looking dispassionately at itself. And then I remember from my Art History that Rodin had designed ‘Le Penseur’ to preside over his ‘Gates of Hell’. I always wondered why he did that, for it implied a connection between Hell and thinking. But after a little meditation, it was not so difficult to see, for thought is responsible for a great deal of violence, torment and suffering.

It is the way we think that is responsible for nationalism and war. It is to the ways of thought we owe all these historical catastrophes. Laying a wreath at the tomb of the unknown soldier is a futile gesture unless it be accompanied by a change of thought, by a change of heart and direction.And that change has to begin by a questioning of our identity, by the realization that the particularising identifications with the aims and images of thought is a fundamental factor of division and conflict. By giving ourselves a tribal or confessional name and glorifying its symbols, on which we invest our happiness, security and worth, we divide humanity into all sorts of warring factions. Such identities will always necessitate violence to prove their greatness. But that’s the greatness of butchers, not of human beings. And that’s why the wise have maintained that greatness is anonymous, for peace is to the nameless, to those who are no-one and so every-one.

I wonder whether Angela and Emmanuel (one an ‘angel’ and the other ‘God with us’) might appreciate the fact that the unidentified soldier they are mourning is the nameless key to everlasting peace.